MRET Water Activator €529.00
Back to products
Next product 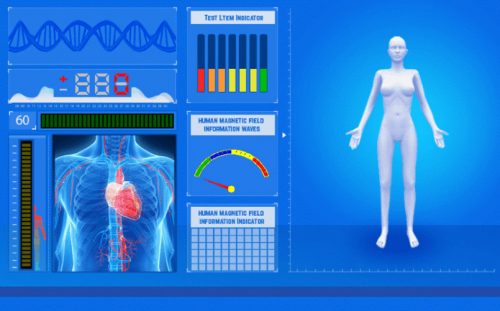 The WaveRider is a patented device which provides protection against electromagnetic radiation of electronic devices.

The WaveRider is a patented device which provides protection against electromagnetic radiation of electronic devices such as:

The WaveRider only has to be switched on. The blue light indicates that the WaveRider is turned on.

Electronic devices
In our society we are progressively more drawn to electronic devices. We cannot imagine a life without our mobile phones, laptops, microwaves, etc. These devices offer us convenience, save us time and make our lives more interesting. However, there is also a disadvantage linked to the use of these devices. The developments of technology have in fact led to us being increasingly exposed to electromagnetic radiation (or EMR).

Electrosensitivity
Even though most people do not feel any discomfort of this electromagnetic radiation, there is also a small group of people who do experience a lot of discomfort due to this radiation. They are suffering from electrosensitivity (or EHS, which stands for electro hypersensitivity) and because of this, they have varying health problems. What makes it more difficult, is that nowadays it is very hard to escape from EMR.

Electrosmog
Since there is so much electromagnetic radiation present nowadays, a term has been created for this: electrosmog. The list of these things that causes this, is nearly endless: mobile phones, laptops, Wi-Fi, microwaves, fridges, TVs, wireless phones, hairdryers, GPS, Bluetooth, and so on.

A discovery by accident
Dr. Igor Smirnov is one of the Russian scientists who was researching the harmful consequences of radioactive levels on the human body in the period after the nuclear disaster in Chernobyl of 1986. By accident, it was discovered that some people who were part of the research, recovered better than others, and that this depended on the specific water they drank. The water flowed over the mountains of Caucasus and it contained a unique structure which caused the cells of their body to be optimally hydrated, something which had surprising results as a consequence.

A special kind of water
Dr. Igor Smirnov thereafter developed a domestic device, with which he managed to imitate the positive effects of the abovementioned water. This water is called MRET water. MRET stands for Molecular Resonance Effect Technology. The device which he developed is called the MRET Water Activator.

Nowadays we are being surrounded by electronic devices, which cause electromagnetic radiation. Research shows that this radiation can be harmful for one’s health. However, a device has been invented that neutralises this radiation: the WaveRider. A patent has been granted for this device.

This video offers background information about what kind of damage electromagnetic damage can do, how de invention of the WaveRider has been realised and in what areas the WaveRider provides protection.

The European Health Foundation will never offer products of which the evidence is not scientifically proven. https://stichtinggezondheid.nl/shop/waverider/

€529.00
The MRET Water Activator is an easy to use household appliance to activate water in such a way that it optimally hydrates your body.
Add to wishlist
Add to cart
Quick View